Valcare Medical is dedicated to providing innovative minimally-invasive technologies for the treatment of mitral and tricuspid regurgitation. Our product line includes solutions for the repair and replacement of the mitral valve as well as the repair of the tricuspid valve. Our breakthrough mitral valve treatment platform is based on a D-shaped ring which serves both as a docking station for Valcare’s unique replacement prosthesis, and as a highly-effective tool for mitral annulus repair.

Our mitral repair and replacement systems as well as our tricuspid repair solution establish Valcare as a leader in valve care, a responsibility we very much take to heart.

Formerly, Mr. Porath served as Senior Executive at Biosense Webster, a Johnson & Johnson Company, holding various executive positions in the areas of product management, business development and clinical applications. He holds a B.Sc in Electrical Engineering, an M.Sc. and an MBA – all from the Technion, Israel Institute of Technology 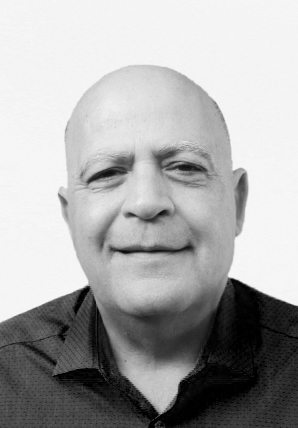 Mr. Samuel M. Shaolian has more than 30 years of experience in the design, development and management of biomedical devices and companies. Prior to founding Valcare Medical, Mr. Shaolian founded and served as CTO of Micardia Corporation, developing novel mitral repair systems.

In 2000, he founded Vettelink Corporation developing a minimally invasive instrumentation and method for spinal fusion Vertelink Corporation was acquired by Medtronic in 2003. Mr. Shaolian also served as Vice President of R&D for Endologix, designing and developing products for the treatment of aortic aneurysms.

Mr. Shaolian is an inventor and co-inventor, holding over 60 issued US patents. He holds a B.Sc in Mechanical Engineering and a M.Sc in Biomedical Engineering from Tel Aviv University, Israel

Mr. Omer Ostro has 10 years of executive-level financial management experience at both private and public companies in the finance and high-tech sectors. Prior to joining Valcare Medical, over the past few years Mr. Ostro has been providing outsourced financial advisory, control and CFO services, primarily in the high-tech and bio-med sectors, as well as financial expert opinions to courts and insurance companies.

Mr. Nadav Yellin has years of experience in design, development and management of R&D Projects in the field of cardiovascular devices. He has been involved with Valcare since the inception of the company in 2012 and is leading product development.

Prior to joining Valcare, he served as team leader for Medtronic Ventor, designing and developing implants and delivery systems for percutaneous mitral valve treatments. Previously, Mr. Yellin served as a mechanical design engineer at Israeli Aircraft Industries. Nadav holds a B.Sc in Mechanical Engineering as well as a B.Sc in Biomedical Engineering from Ben Gurion University, Israel.

Dr. David Meerkin is an interventional cardiologist and a pioneer of interventions in structural and congenital heart disease. His experience covers most procedures in this field with emphasis on occlusion devices as well as the mitral valve, having developed a leading center for structural and congenital interventions in Jerusalem. Dr. Meerkin has been extensively involved in device development for nearly two decades consulting for many Israeli and international companies. A regular speaker at leading international conventions, Dr. Meerkin trained in Medicine in Melbourne, Australia, specialized in Internal Medicine and Cardiology at the Shaare Zedek Medical Center in Jerusalem and subsequently in Interventional Cardiology at the Montreal Heart Institute in Canada.

Director of Regulatory and Clinical Affairs

Previously, Anat held clinical trial positions at EnzySurge Ltd., a medical device company, and at Averion International CRO. She moved to the clinical trial field following years of clinical experience as a clinical dietitian at Sheba Medical Center and at the Public Health Services in Israel